Plans were underway in 1884, however it was 15 years later that moves to commence construction were in place, much to the dismay of selectors who purchased their selection believing it would be sooner.

Considered an engineering masterpiece here are the facts: 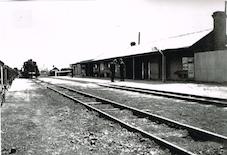 The locomotives were small tank engines of Baldwin pattern and these were used until 1926 when a Beyer Garratt locomotive was introduced. The Garratt had twice the hauling capacity of the smaller engines and took over most of the runnings. This busy period ended in 1929 and from then on all trains were worked from Colac.

In the 1940s and 1950s the railway’s major traffic was sawn timber, logs, pine billets, lime and potatoes. However, by the late 1950s this loading was in decline, making the railway uneconomic.

The railway provided a service of a social nature as well.  A means of transport for residents to the local racetrack was a special event on race days providing a community gathering place.

Today, the railway station signs along the Beechy Rail Trail can be seen located between Colac and Ferguson, following much of the original path of the narrow gauge railway.   In Beech Forest, the original station location is in Gardner Reserve and the turning loop can be explored further along Main Road. 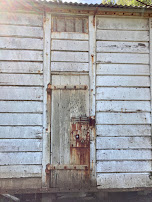